Sexual assault on college campuses is an incredibly serious issue, and whether you are the victim or the accused, you need a sexual assault lawyer who understands campus sexual misconduct proceedings and who can fight for your rights. Contact Allen Harris today to learn more about how our firm can assist you.

How is Sexual Assault Defined?

Though the legal definition of sexual assault varies state by state, sexual assault occurs – generally speaking — when a person commits any non-consensual sexual act against another person, which can include a range of conduct from unwanted touching to forced sexual intercourse. Sexual assault can also occur when a person commits a sexual act with someone who is unconscious, incapacitated by alcohol or drugs, or otherwise incapable of providing consent. Moreover, even if someone consents to some acts in a sexual encounter, that does not mean they have consented to other sexual acts. Consent can be revoked at any time.

It’s also important to understand that the definition of sexual assault on campus is usually different from the definition under the criminal justice system. Sexual conduct that is not illegal may still constitute sexual assault under a campus definition. For example, most colleges and universities have adopted policies requiring “affirmative consent.” This is a higher standard than the law requires – under an affirmative consent standard, sex is considered nonconsensual unless there is affirmative evidence that the other party said or indicated yes, rather than just not saying no.

What is a School’s Role in a Sexual Assault Case?

Because sexual assault is a type of sexual misconduct covered by Title IX, all schools have procedures for handling sexual assault cases. But often, these procedures are designed to serve the institution’s best interests and do not provide students – both complainants and respondents – with the support and fair process they need.

Students involved in campus sexual assault proceedings should seek the assistance of a qualified attorney as soon in the process as possible – even before a complaint is filed with the school. An attorney can guide you through the investigative process and make sure your rights are protected. A sexual assault lawyer can help ensure that your basic rights to a fair proceeding are preserved, that you get access to relevant evidence, and that you have the right to present your case. And ultimately, if the school bungles the matter or looks the other way—by refusing to take proper action, discriminating against you, or otherwise acting improperly—an attorney can file a civil suit. Contact Allen Harris today. 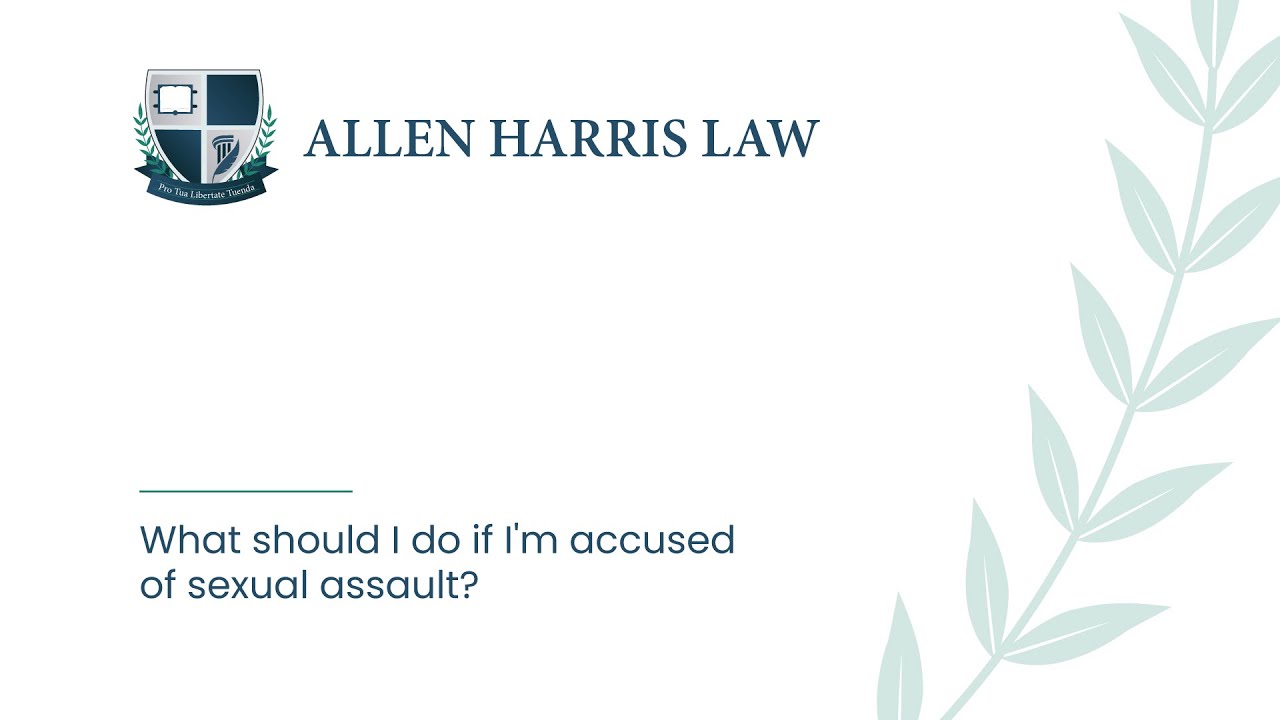