Do I Need a Title IX Retaliation Lawyer?

While many individuals may fear to exercise their rights under Title IX because of negative repercussions, they should understand that they are protected from retaliation under Title IX itself. Taking action against someone simply because they file a Title IX complaint, or because they have been accused, is illegal. If you believe you are being retaliated against for reporting sexual misconduct or for being the respondent in a sexual misconduct proceeding, you need a Title IX attorney who understands and is committed to your rights.

What You Need to Know About Retaliation Under Title IX

Under Title IX, retaliatory acts are prohibited, even if the original complaint of sexual misconduct is dismissed. Some types of retaliation are obvious: a professor giving a student a poor grade for reporting sexual harassment, a coach prohibiting a student who reports misconduct from participation in campus sports, or a department denying tenure or a raise to a professor who reports Title IX violations within their department.

Even seemingly innocuous actions can constitute retaliation, however. People accused of misconduct may approach their accuser directly in the belief that everything has been a misunderstanding. They think they can convince the accuser to withdraw the complaint. In such an event, they can quickly find themselves subject to a knock-on accusation of retaliation.

The bottom line is that the sooner you involve a qualified retaliation attorney in a Title IX matter, the better you will be able to navigate such pitfalls. If you are the victim of sexual discrimination, harassment, or assault, a lawyer will be able to help ensure that your school protects you from retaliation. Likewise, if you are accused of retaliation, you need experienced, compassionate counsel to defend yourself as with any other Title IX charge. No matter your situation, you can depend on Allen Harris to fight for your rights. Contact us today. 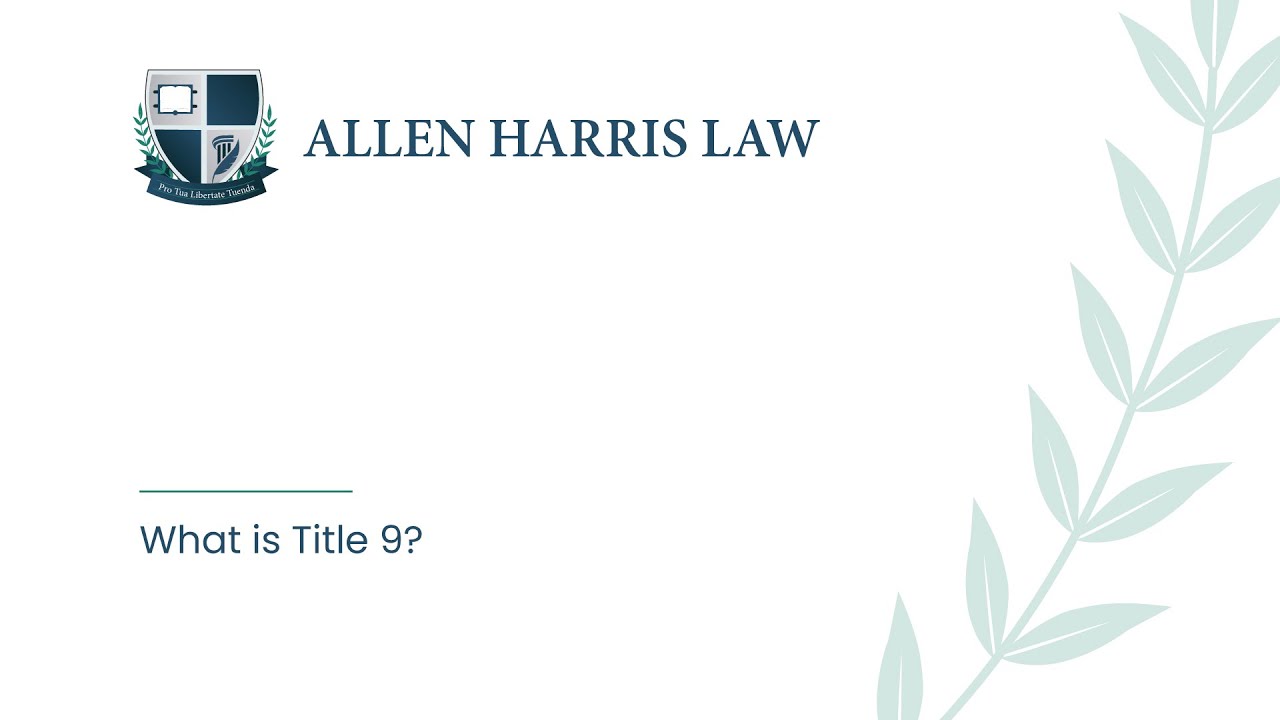